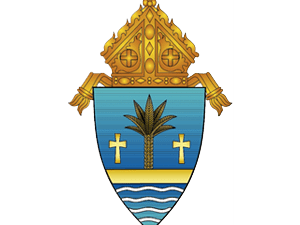 From February 2016 – September 2016, I was asked to Co-Chair the Archdiocese of Miami’s Marriage Preparation Task Force.

The Archdiocese of Miami held a diocesan-wide Synod from 2014-2016. The Synod created a Pastoral Plan titled “Disciples in Faith; Missionaries of Hope” (http://www.miamiarch.org/CatholicDiocese.php?op=Synod) and one of it’s goals was to expand the promotion of marriage and family life programming. The Task Force I chaired was a result of the work of the Synod. We met monthly and developed a plan for updating the marriage preparation process in the Archdiocese. I was pleased to present the plan to the presbyterate at their fall Presbyteral Convocation.