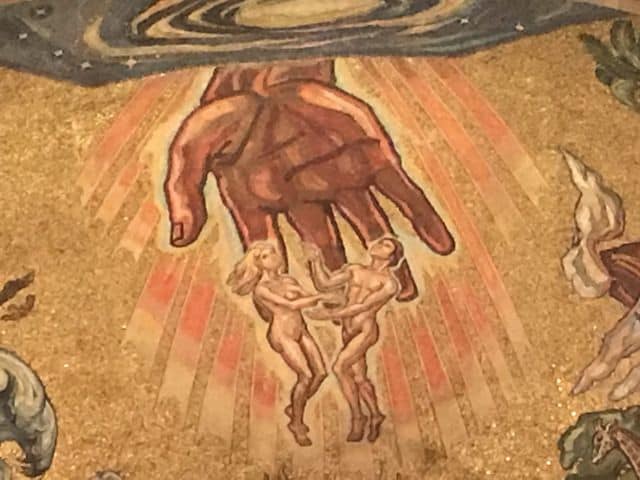 The Pontifical John Paul II Institute for Studies on Marriage and Family at the Catholic University of America offered a one-week summer intensive course on John Paul II’s Theology of the Body.

This work greatly influences our work at Annunciation Ministries. I’ve spent a good amount of time reading the primary writings of John Paul II as well as a number of other books on the topic. I have also had the privilege to learn from Christopher West (having attended his very first one-week intensive back in 2004) and Dr. Angela Franks (whose course I audited at St. John’s Seminary Theological Institute for the New Evangelization).

All of this has helped me to understand the material better myself. My understanding of it gets deeper and more full with each book, course, or program I am able to learn from. It was a gift to be able to attend this one as well.

It was a gift as well to be able to stay at the Missionary Oblates of Mary Immaculate’s Provincial Headquarters. It was truly a help to share meals with the priests in residence and to learn from them. They helped me process what I was learning as I seek to apply the concepts to our work in Annunciation Ministries.

Of course, while there, I had to visit the beautiful Basilica of the National Shrine of the Immaculate Conception (which I have blogged about previously). This trip I noticed the mosaic depicting creation and chose it as the feature image for this blog post (given the topic I was studying while there).

Our class visited the John Paul II Shrine across the street from CUA. It is always a gift to be able to visit the Shrine and learn more about Saint Pope John Paul II. While there this time, I was struck by the following: John Paul II became a priest at age 26; a bishop at age 38; an archbishop at age 44; a Cardinal at age 47; the Pope at age 58 and served in that role for 27 years until his death at age 85. Clearly, there was something very special about him that he was able to carry the roles he did at such young ages. If you haven’t been to the Shrine, I highly recommend it. It provided me an even greater appreciation for the work and life of John Paul II.

Please pray for the good work of the JPII Institute, the JP II Shrine, the Missionary Oblates of Mary Immaculate, and our work to make John Paul II’s teachings accessible to those we work with.

Photographs of the Basilica of the National Shrine of the the Immaculate Conception, Washington, D.C., are used with permission of the BNSIC.